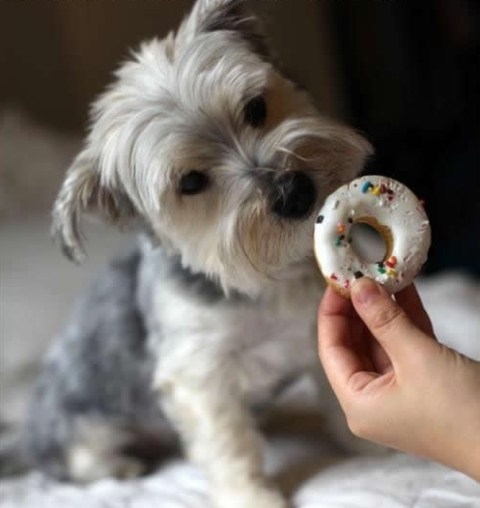 What is this deadly poison?

Not just ordinary gum, but sugarless gum – the kind made with xylitol.

Imagine coming home to finding your pooch on the floor, unresponsive or having a seizure. You notice he got into your sugarless gum. Big deal, right? No red flags go up until the vet tells you that $1 pack of gum is going to cost you $7,000 in emergency veterinary services.

That is what can happen to pet parents unaware of the danger lurking in that innocent-looking pack of sugarless gum. It is so deadly that within 30 minutes, a dog can die from insulin shock if that doesn’t kill him liver failure will probably do it. If you are fortunate enough to reach a vet in time,  some dogs can be saved. Statistically, though, the odds are not good. If the dog survives the poisoning, the damage was done to the liver often can significantly shorten their life expectancy.

Xylitol first gained widespread attention in vet circles in 2005, when the first documented cases of poisonings jumped from 70 cases in 2004 to 170 cases in 2005. At that time, xylitol products were relatively new to the United States marketplace, but with the increase in availability and the number of other products containing xylitol, poisonings have increased significantly since that time.

In 2007, when the ASPCA Poison Control Center began to tally cases involving xylitol, that year the center fielded 1,764 calls. In 2011, the call volume reached 3,045, an increase of 73 percent.

These days, xylitol is in far more products than sugarless chewing gum. Today the ubiquitous sugar substitute can be in anything from cupcakes to toothpaste. You can buy it in the granulated form to bake with, as a sweetener for cereals and beverages. It’s in pastilles, mints, candy, sugar-free baked goods, sugar-free Jello, chewable vitamins, omega-3 supplements, powdered protein, cough drops, nasal sprays, dental rinses, toothpaste, nicotine gum; the list goes on.

Patty Khuly author and veterinarian cautions, “What’s worse (for veterinarians, especially) are that the human versions of many drugs, especially the children’s elixirs, are now being formulated with xylitol for greater pediatric palatability. Unfortunately, these lower-dose preparations are exactly what some of our smaller patients require. Because there are no animal equivalents for many drugs we use every day, kids’ drugs are often the next best thing.”

“But veterinarians have only recently become aware of this new change to many of the same pediatric drugs we’ve been prescribing for years. I nearly poisoned one of my patients last week after the pharmacist called to ask whether I might prefer a pediatric elixir format of Pfizer’s Neurontin since the smaller doses weren’t available in a capsule. Luckily I’d just read an advisory and knew to ask. But still … she might have died!”

It’s difficult to believe, but xylitol is also in mouthwash for pets.  Aquadent marketed for canine oral care is mixed in their drinking water to provide antibacterial benefits. Frankly, I’d much rather have the bacteria. The bottle contains 2.5 grams of xylitol as well in small packets, enough to kill a dog. The problem with this product is that a dog could find the bottle and chew it up, drinking the undiluted product could easily be poisoned.

Xylitol even is impregnated in fabric for a “cooling” effect. Ask a veterinarian whether a dog could be harmed by eating xylitol-containing fabric, not even veterinary toxicologists can answer that one. With the number of products containing xylitol growing, as is the number of poisoning cases, if you have a dog, it would be wise to read the ingredient list of items in your home.

“I can remember seeing cases where we didn’t know what the dog got into, and now we realize what it was,” Johnson recalled. “Back then, if I heard a dog got into chewing gum, my reaction would have been ‘Let him chew it.’

“I wonder what else we’re going to find out is toxic in five years?” Johnson mused. Hmm, I wonder…

Just One or Two Pieces

Simple answer – hardly any. It takes very little xylitol to cause signs of toxicity in dogs. The ASPCA Animal Poison Control Center (APCC) has reported that dogs ingesting greater than 0.1 g/kg of xylitol should be considered at risk. At doses exceeding 0.5 g/kg, there is a risk of liver failure (hepatic necrosis) and other more serious effects.

It is often difficult to determine exactly how many grams of xylitol were ingested. Although the xylitol content is more commonly listed on food products, this is not the case with many chewing gums. In general, it is estimated that one or two pieces of gum could cause a dangerous drop in blood sugar in a 20 lb dog. For example, a Terrier named Ladybug Graham, who weighed 9.8 lbs died from eating just one piece of gum. One piece.

Vomiting is usually the first sign of toxicity, and then in 30-60 minutes, hypoglycemia can occur. The signs of hypoglycemia can be lethargy, ataxia (stumbling around), collapse, and seizure. In cases where gum with xylitol was ingested, the hypoglycemia may be delayed for up to 12 hours. In severe, over doses, some dogs do not display the signs of hypoglycemia before the onset of liver failure (hepatic necrosis). Instead, lethargy and vomiting occurred 9-72 hours after exposure. They developed petechia (small spots of bleeding on the skin and mucous membranes like gums), ecchymosis (larger spots of bleeding seen on the skin and mucous membranes), and gastric hemorrhage (bleeding in the stomach).

Get Your Dog to Vomit

The best and the safest method for inducing vomiting is to give your dog hydrogen peroxide. It is recommended to use 3% Hydrogen Peroxide from a fresh, unopened bottle. Old peroxide does not work well as it can go flat and have no foaming ability.

Try this: Pour one tablespoon of fresh Hydrogen Peroxide on a slice of plain old white bread and put it in your dog’s food bowl. If your dog has not vomited in 15 minutes, double the dose. If your dog has not vomited after that, consult your veterinarian to induce vomiting by another means. Never use peroxide more than twice because of the risk of more serious gastrointestinal irritation. If a second dose is needed, this needs to be given orally with a syringe or other means being careful that the dog is swallowing it and it is not getting into their lungs.

The ASPCA Animal Poison Control Center is a 24-hour, 365-day facility staffed by veterinarians, many of whom are board-certified toxicologists/veterinary toxicologists. The staff provides assistance to pet owners, and specific diagnostic and treatment recommendations to veterinarians about toxic chemicals and dangerous plants, products or substances. They also provide extensive veterinary toxicology consulting on a wide array of subjects, including legal cases, formulation issues, product liability, and regulatory reporting. For more information on potentially dangerous substances in the home or to reach the APCC, call (888) 426-4435 or visit www.aspca.org/apcc.

In a nutshell – generally speaking, not good. The prognosis is good for uncomplicated hypoglycemia when treatment can be instituted promptly. Liver failure and bleeding disorders generally carry a poor prognosis. Dogs that develop stupor or coma have a grave prognosis. In other words, they’re screwed.

Read your labels. Not just for sweetened items, it could be in many other products. Worse, manufacturers are not obliged to inform consumers when they change a formula; the change could quietly appear in itty-bitty print in the ingredient list. Here is another area where companies lack corporate responsibility and transparency is limited by their myopic view of the bottom line: profit at any cost.  Sure, xylitol may be the greatest thing since sliced bread to a manufacturer looking to cash in on the massive marketplace of the increasing population of obese Americans, but for dogs  – it’s deadly.